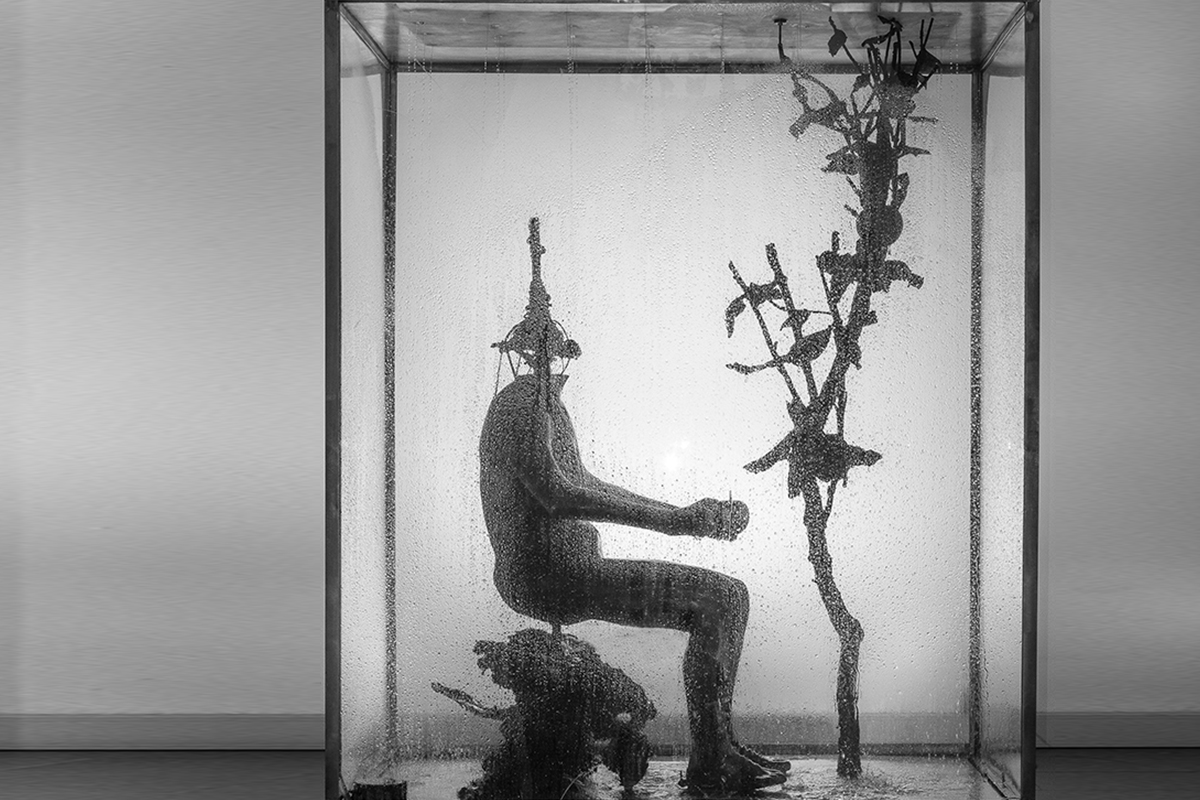 Due secoli di scultura, by the Istitute of History and Theory of Art in Brera Fine Arts Gallery, Fabbri Editors, Milan 1995, ill. p.199

I have always used the materials, – writes Cavaliere, – like a director, like a decorator, like a story-writer; working upon the memory, trying to create routes, labyrinths where I could meet with any visitor and then lose ourselves in the artwork itself. Psychologically, as well as physically, in the plurality of facets and ways.

For forty years I have used fabrics, wood, paper, words, water (several times), light, photography, metals (in the field of metals: iron, bronze, steel, copper, silver, brass, aluminium, lead, cast iron, imitation gold and the gold, but rarely as far as I pursued other ideas by mixing the materials in my crucibles), porcelain, ceramics, terra-cota, fire-stone, engobe, glass, mirror, plastic (in the field of plastic: polyester, polyurethane, polymethylmethacrylate, polyvinyl chloride) marble (granite, sandstone, metamorphic rock, grapholite), glossy and matt materials, found objects, recovered by plumbing, fusing, pouncing, assembling; I have always been fascinated with the colour and I surrendered to the temptation to paint, using enamels, oils, tempera, watercolors, acrylics, pastels, chalk, collages; when I had the chance, I always practiced engraving between litho-silk screening printing, drypoint print, calligraphic etching, aquatint … and, again – sound, noise, silence and emptiness …; electricity with engines and gadgets, designing, but not depriving me of the pleasure of bringing back art and craft traditions (or habits) during the work. I used my hands and those of my friends (I worked with Scanavino, Ferrari, Tadini, Piccoli, Sangregorio, and other artists) to perform works together.

I think I have always sculptured for expressive, communicative, aesthetic, language needs (sometimes breaking techniques), saving me, I hope, from becoming a professional manufacturer of artistic goods.
Operating in such a dispersive manner, I hope to have avoided becoming a generic specialist, and I don’t find myself in a studio transformed into a vast storage of well packaged artistic objects, stored in shelves and ready to be sold for a future planned price.